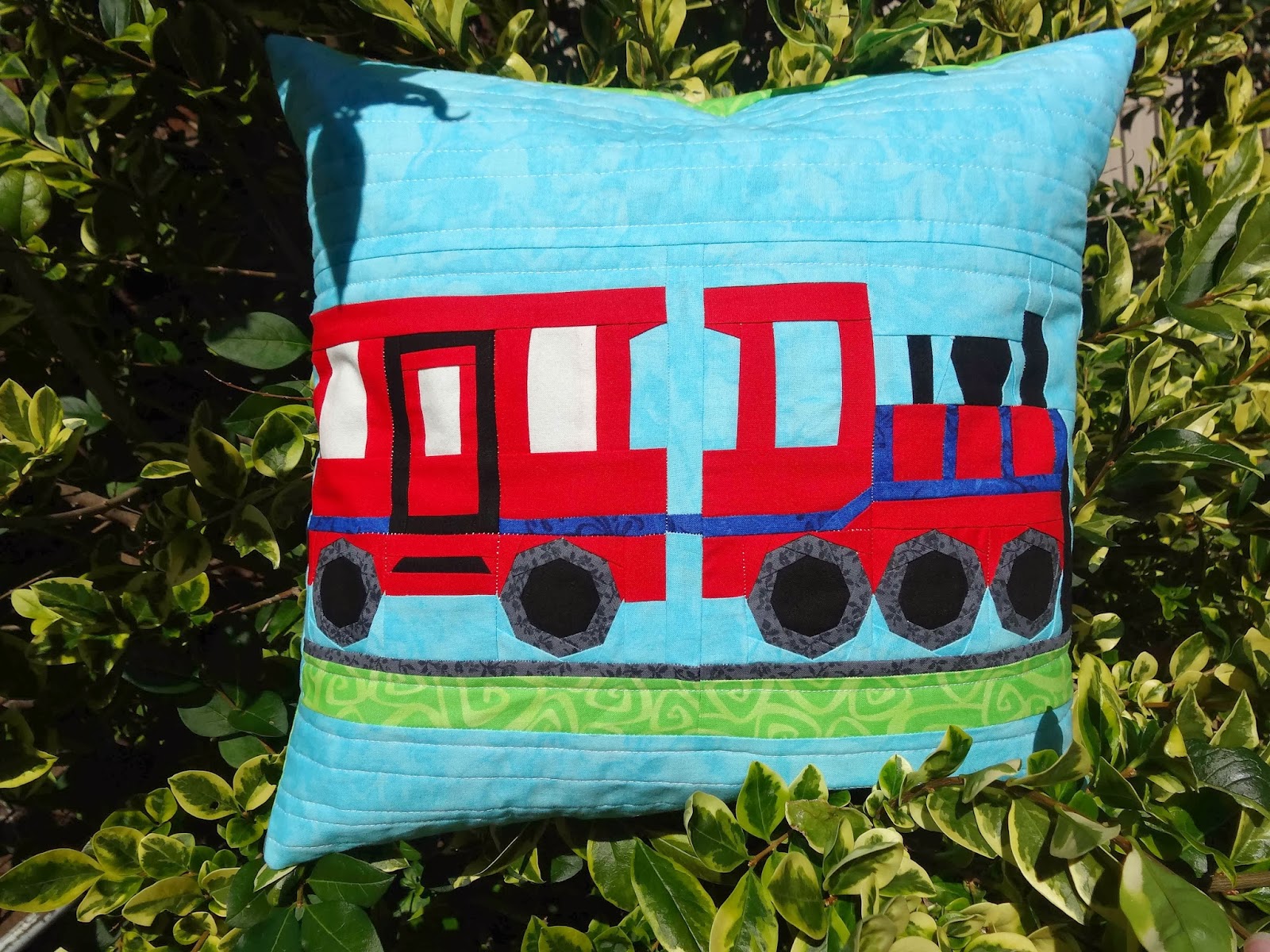 When Esther who blogs at ipatch put out a call for pattern testers for a paper pieced train block I just couldn't resist putting up my hand. Eli is a train fanatic, so I knew that he'd be excited as soon as I mentioned the word 'train'. 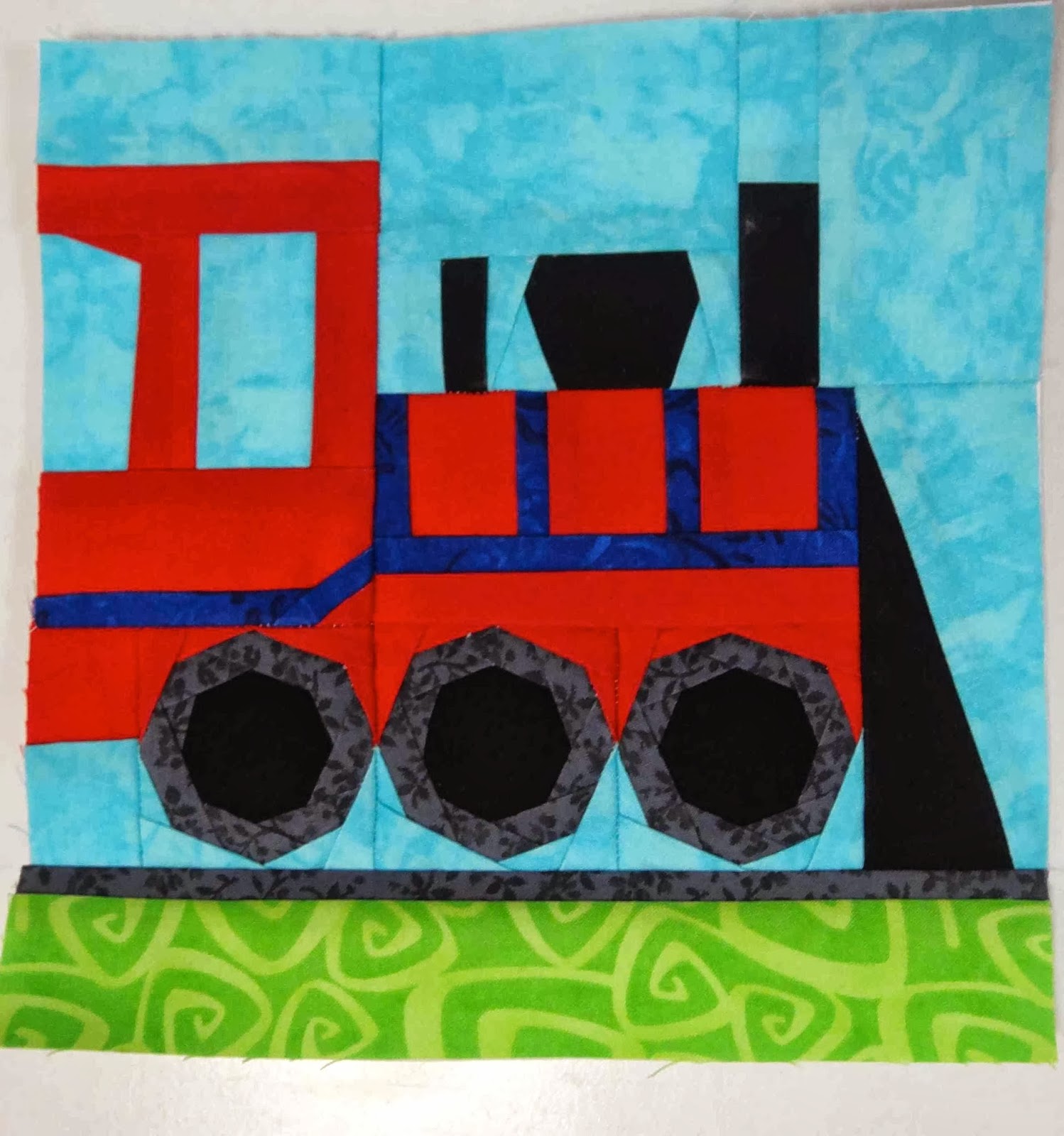 I was right. As soon as I had finished the train block (or locomotive as referred to by Esther, who is clearly more refined than me!) Eli wanted to carry it around with him. Um, no. I'm not quite finished with it. 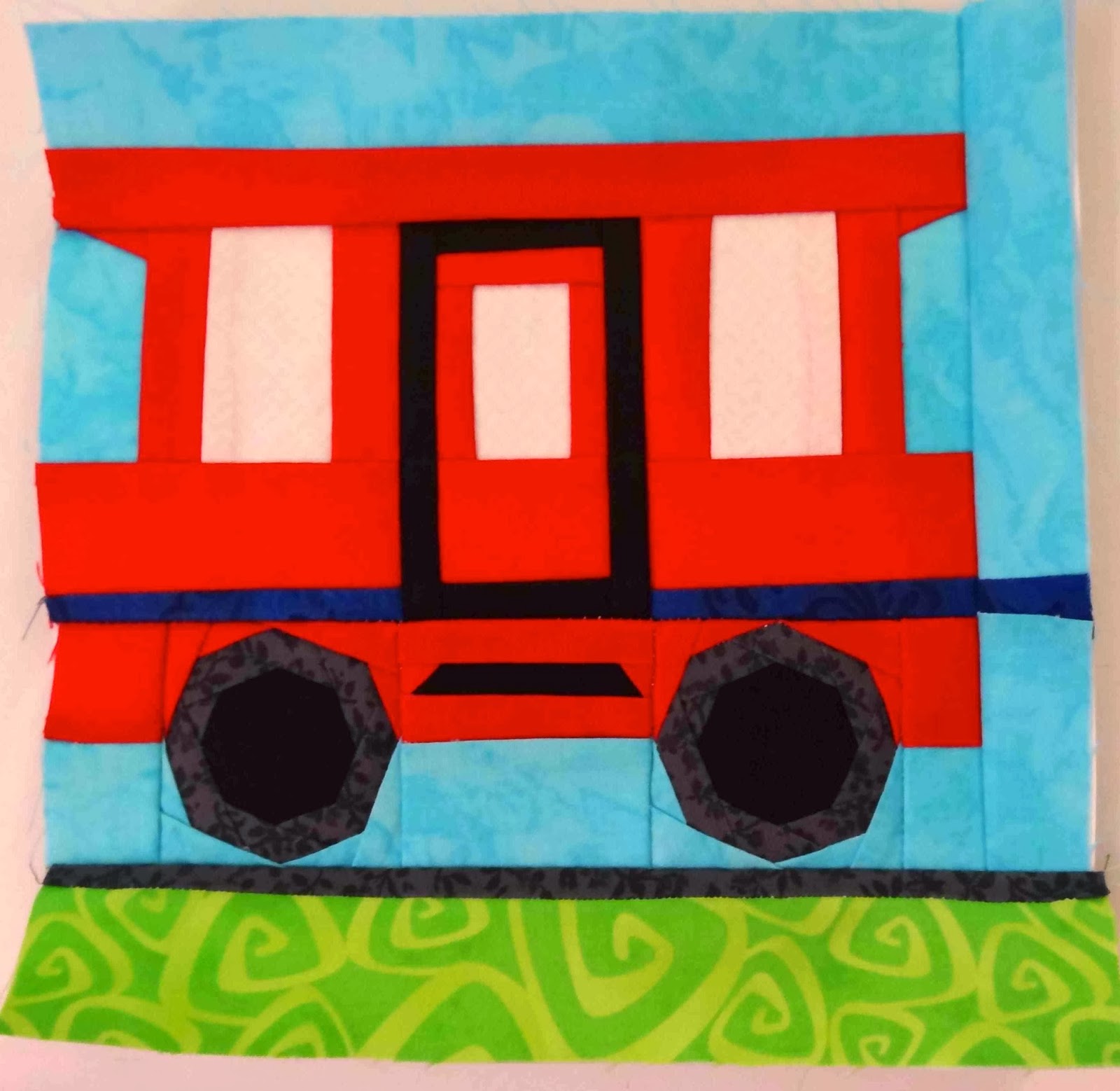 I also tested another of Esther's lovely blocks - a passenger car. 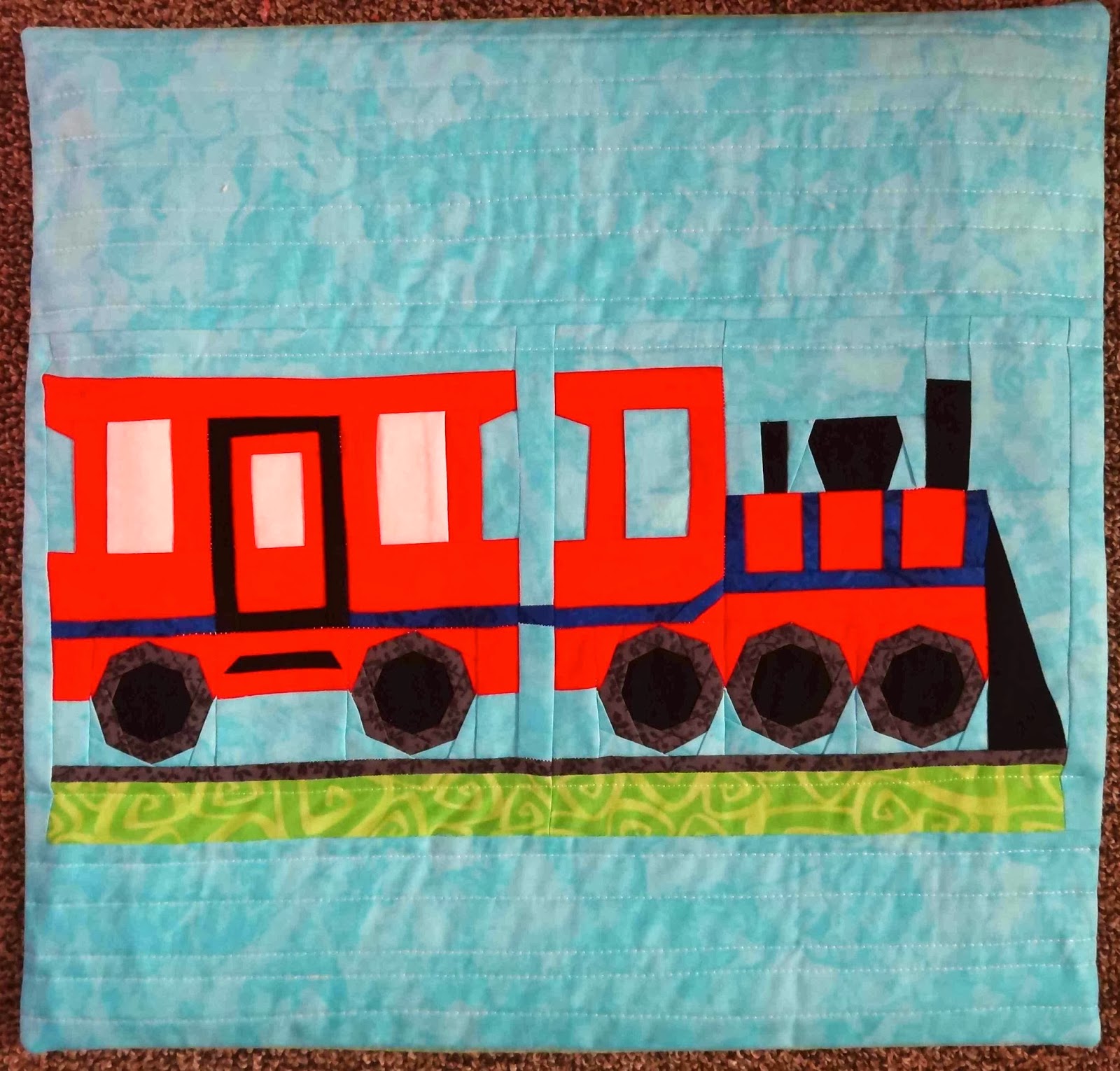 After removing all the bits of paper from the back of each block (my least favourite task in the paper piecing process) I put them together to make Eli a cushion. 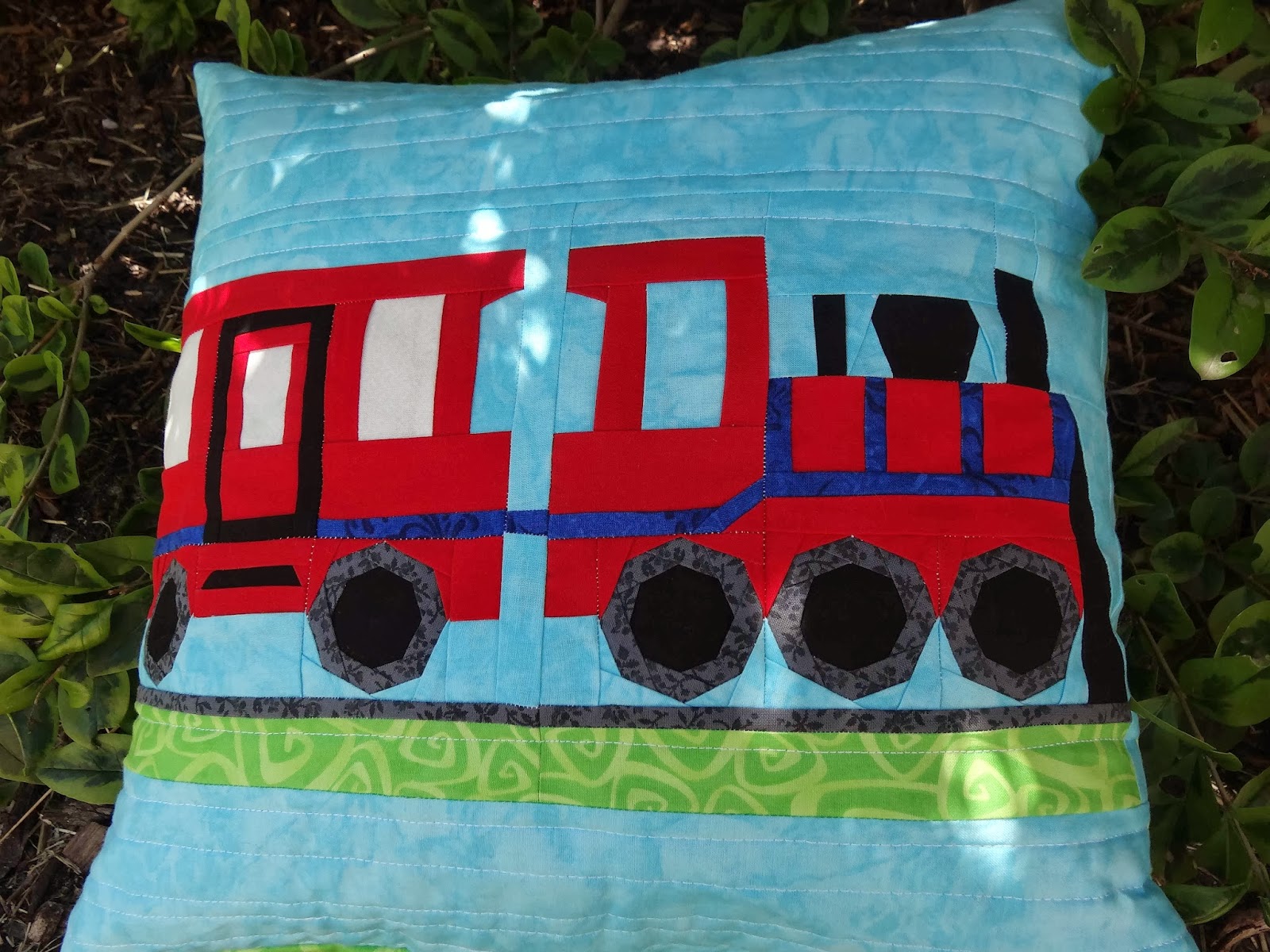 Esther's patterns will be appearing here if you would like to make your own train. She also has other blocks (caboose, coal car, water tower and others!) to complete the whole train 'scene'!

Jeneta
Perth, Australia
I am a Mamma and wife who loves to quilt, sew, craft, garden, cook, read, teach and generally create. I enjoy trying and learning new things. Oh, and my name is pronounced Jen-eat-a!