This is a special post from Zoe. Here she is:

I have entered this competition twice before; in 2012 and then in 2014 (the post about my quilt can be found here).

The most current (now two years ago!) theme was 'My State'. This could be interpreted as either the state in Australia in which you live, or a state of mind or feeling, like a state of tidiness, colour, busyness etc. The only requirements for this competition were that the quilt be a portrait orientation and no bigger than 100 by 50cm in size.

I chose to use my state of Western Australia as my inspiration and this image as the basis of my quilt:

Pink and white everlastings grow wildly in WA. We have tried many times to grow them in our own backyard, but are yet to have success.


I started my quilt with some curved piecing using two blue fabrics. I then attached the green 'hills'. The everlasting 'stems' came next; these were strips of green fabrics appliqued on to the 'hills'. I left the edges of these strips unfinished (raw), to add texture. 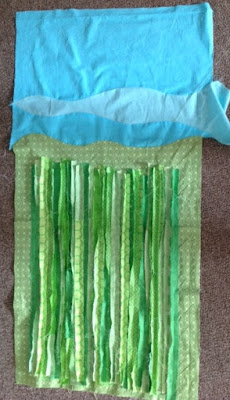 Then came the everlasting flowers. I made a lot of pink yo-yos in varying sizes and shades and sewed them onto the stems. I sewed a yellow button in the middle as the pollen. 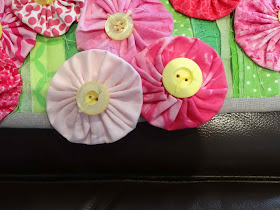 The quilt top was spray basted, and two lines of quilting were added to the sky. I also tied the three layers together using cotton embroidery thread. 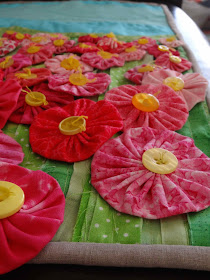 The quilt was bundled up with the entry form and taken to the post office to be posted express post to Sydney (the quilt was tracked the whole way with fingers crossed that it would arrive before the deadline. It did!). 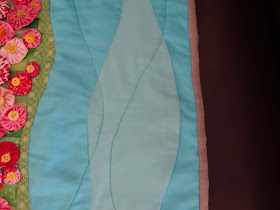 And there we have it - a finished quilt! 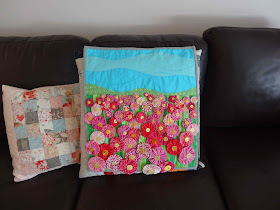 Time passed, Lily's entry (another post coming soon on hers!) was sent back to us in the mail. But mine was nowhere to be seen. Then we received an email from Universal Magazines.

My quilt was awarded third place in the K-6 category!

Here is my quilt in the magazine: 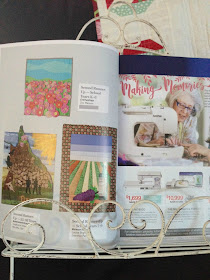 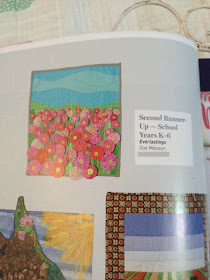 Special shout out to Mrs G for telling us about this competition!

For upcoming years, what do you think makes an award-winning quilt?